Fentanyl smuggled from China kills thousands in US

The Zheng drug trafficking organization was hardly clandestine. The Shanghai-based network sold synthetic narcotics, including deadly fentanyl, on websites posted in 35 languages, from Arabic and English to Icelandic and Uzbek.

The Chinese syndicate bragged that its laboratory could “synthesize nearly any” drug and that it churned out 16 tons of illicit chemicals a month. The group was so adept at smuggling, and so brazen in its marketing, that it offered a money-back guarantee to buyers if its goods were seized by or other customs agents. 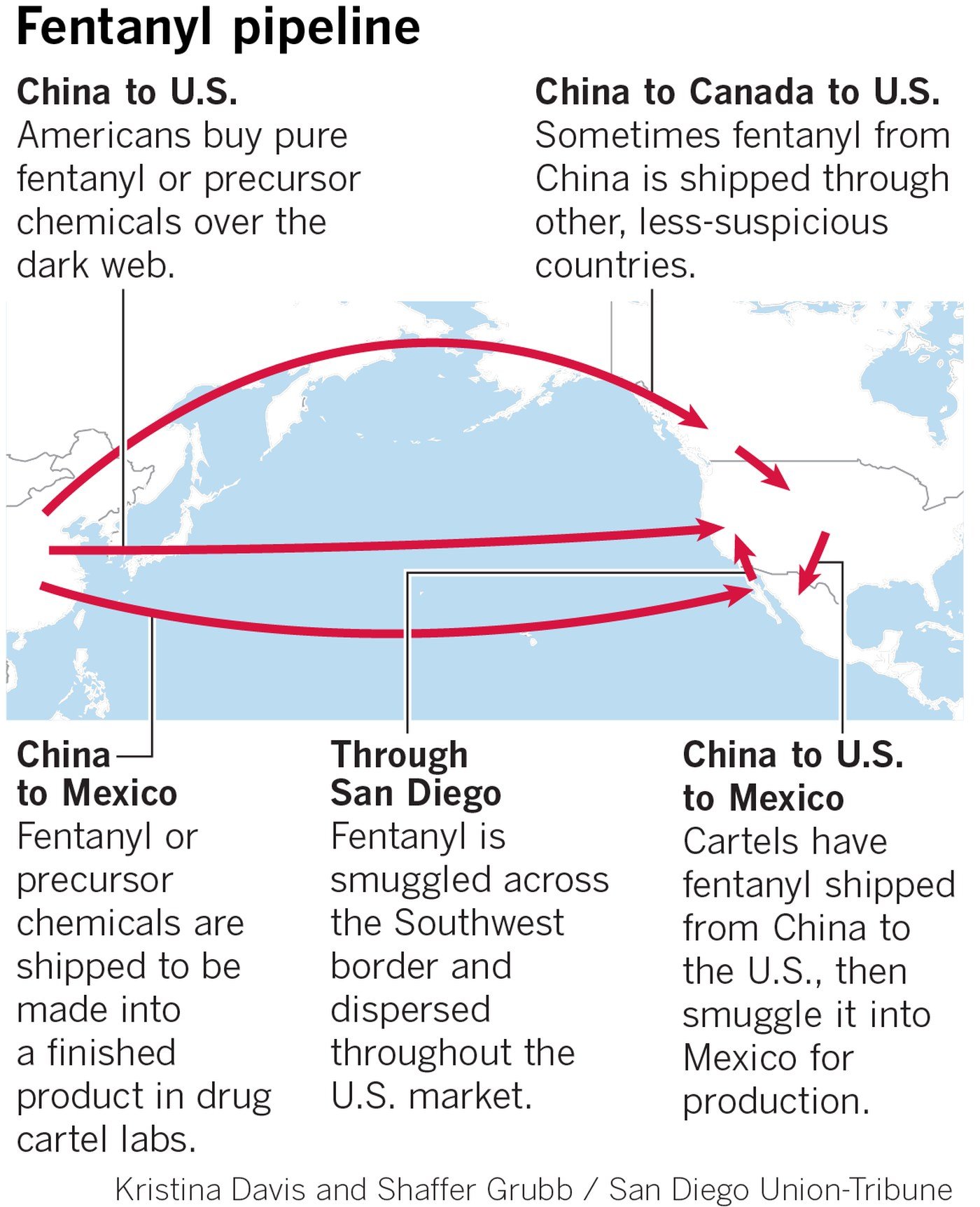 Fentanyl, 50 times more potent than heroin, and related laboratory-crafted drugs have become the No. 1 cause of opioid-related overdose deaths. And rogue chemical companies in China – operating openly and outside the reach of U.S. authorities – are the largest single source of the deadly drugs, law enforcement officials say.

“People in labs in China are producing this substance that is killing Americans,” Deputy Atty. Gen. Rod Rosenstein said in an interview. “This is a real crisis. The Chinese government has the ability to stop this if they want to. We believe they should want to do that.”

U.S. officials have pushed Beijing to shut down the and say Chinese authorities have taken steps to police chemical makers. The push comes even as relations with Beijing have grown acrimonious amid an escalating trade war and U.S. unease over China’s increasing economic and military clout.

Nearly 29,000 people died last year in the United States from overdoses linked to synthetic opioids, a category that experts say is dominated by fentanyl and its chemical cousins – a staggering surge from the 3,100 such deaths reported in 2013.

One reason for the spike: The drug is so powerful that a sugar-packet-sized bag of fentanyl can contain 500 lethal doses. That also means it can be smuggled through the mail in what officials call micro-shipments that are far harder to identify and interdict than bulkier loads of heroin, cocaine or marijuana.

Chinese companies send fentanyl in small quantities to dealers in the United States or but ship the drugs in bulk to criminal cartels in Mexico. The cartels then mix the synthetics into heroin and other or press them into counterfeit pills. The product is then smuggled across the border.

While total fentanyl seizures more than doubled last year, to 1,196 pounds, officials say far more of the illicit drug is getting through. Some of the biggest fentanyl seizures have been in California because of the Mexican connection.

This summer, authorities discovered 20,000 fentanyl pills in a hidden compartment of a Mini Cooper at the San Ysidro checkpoint, a week after confiscating 11,500 pills in another vehicle.

U.S. drug dealers also purchase directly from China with a few clicks of a computer mouse on company websites or shop in so-called dark web drug bazaars, where communications are encrypted and dealers often pay with cryptocurrencies or gift cards that are difficult to trace.